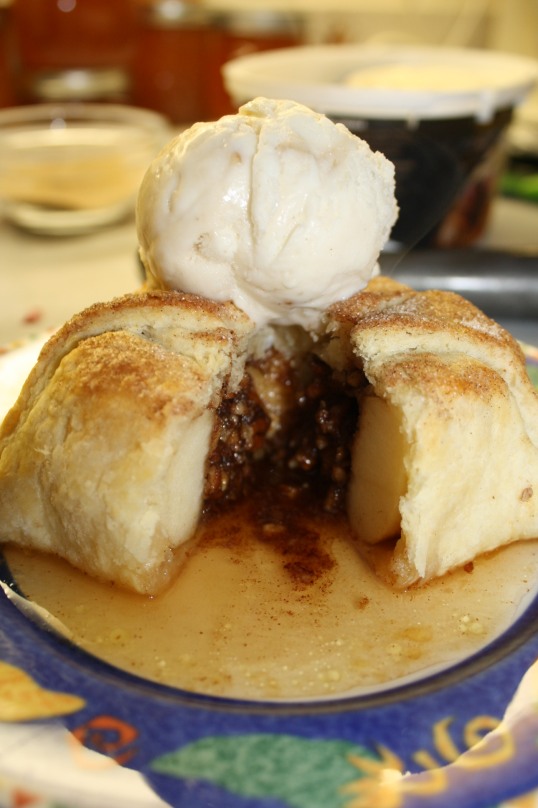 I’d never even heard of apple dumplings until about a year ago from my friend Laurie,  who has a French-Canadian background. So naturally, I assumed it was a French recipe — with all it’s appley, sugary, buttery goodness wrapped up in pastry.  Further research has done nothing but confuse me, so varied were the theories on it’s origin.  Well, whatever, I was obsessed with recreating my girlfriend’s grandfather’s recipe, since she refused to give me any idea how they were made.  Various publications have helped me to come up with this procedure/recipe.  It involves a few steps, so I suggest making your pastry the day before. (feel free to double this recipe all the way through if you want to serve 8).

Anyway, it’s a special offering. All the components come together to create a delicious, comforting and all around awesome dessert– pecan-streusal filled apples wrapped in a flaky pastry dough, baked and served with a sweet cider sauce, topped with whipped cream or ice cream. Um, hello.

Good For Almost Anything Pie Dough

From Baking, From My Home to Yours by Dorie Greenspan

2. Pulsing the machine on and off, gradually add about 3 tablespoons of the water. Then use a few long pulses to get the water into the flour, If, after a dozen or so pulses, the dough does not look evenly moistened or form soft curds, pulse in as much of the remaining water as necessary, or even a few drops more, to get a dough that will stick together when pinched. Big pieces of butter are fine. Scrape the dough out of the work bowl and onto a work surface.
3. Shape the dough into a 8 x 4 square,  and wrap it in plastic. Refrigerate the dough for at least 1 hour before rolling out. 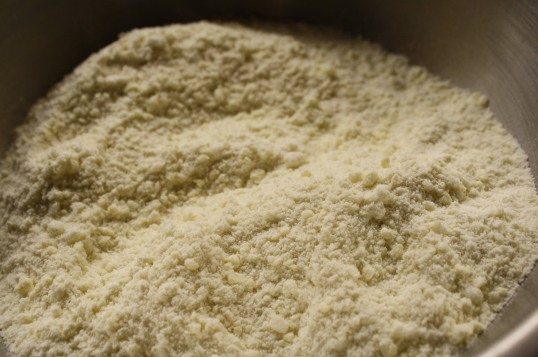 mix ingredients in processor - do not overmix 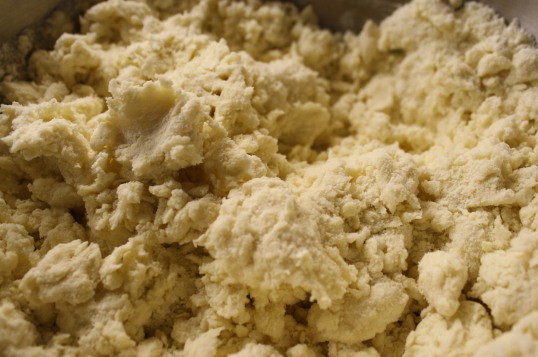 add liquid and mix until dough forms, then knead a few times until it comes together

Roll out square of dough on lightly floured surface into a 12 inch square. Cut each 12 inch square into four 6 inch squares.  Brush edges of each square with egg white and place apple, cut side up in center of square. Pack butter/nut/sugar mixture into each apple half. Crimp together the edges at the top, and cut a vent hole.

Place parchment paper on baking sheet. Arrange dumplings on baking sheet, brush top with egg white and sprinkle with ‘topping’ sugar and cinnamon mixture.  Bake until dough is golden brown – 20 minutes or so.  Cool before eating (about 10 minutes, or you’ll burn your tongue). Serve with Cider Sauce and whipped cream or ice cream. See recipe below.

Bring all ingredients except butter to a boil in a saucepan and boil for 15 minutes, or until reduced to 3/4 of  a cup. Remove from heat and whisk in butter.Pour over baked apple dumplings. Dollop with whipped cream or ice cream. Enjoy. 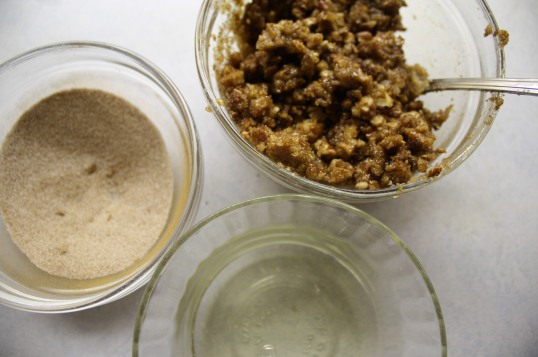 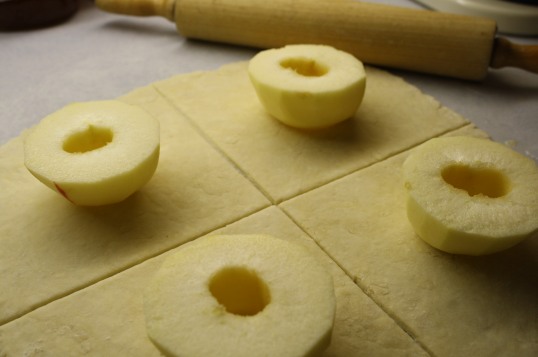 after peeling, coring and slicing apples, place on dough squares 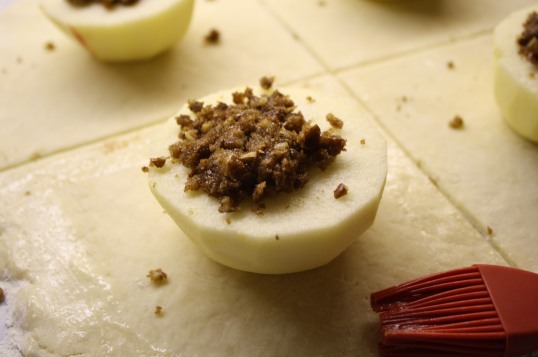 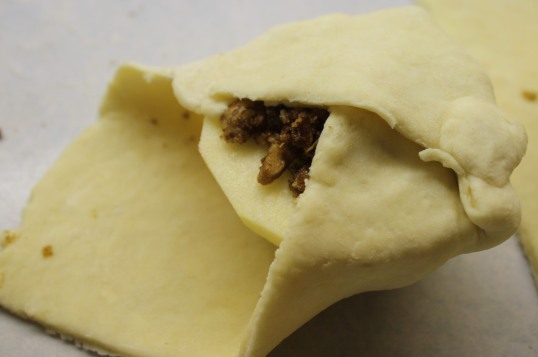 wrap apples, pressing together seams and cut one or two vent holes 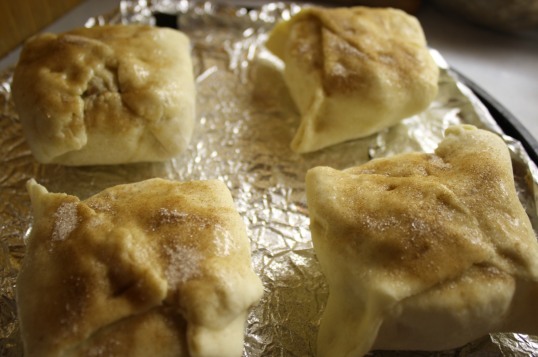 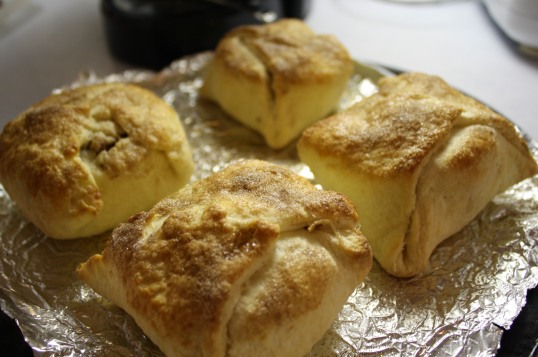 bake for 20 minutes or so, until golden brown 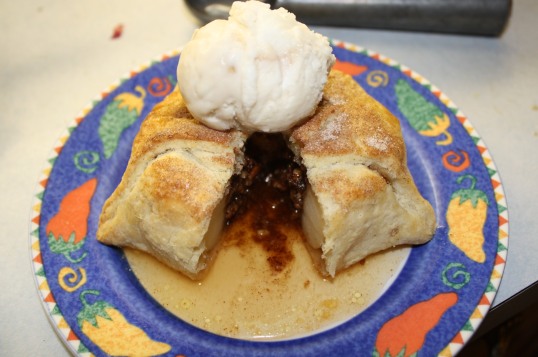